For 2021 we are looking to run as normal an event as possible. However, with the current government coronavirus restrictions in mind, we will have to restrict numbers entering the Regatta Enclosure, and would ask everyone attending the event to read and comply with regatta's General COVID Guidance 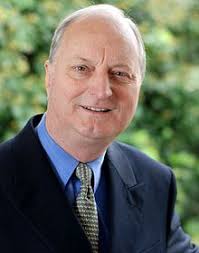 All of us at Kingston Regatta and Kingston Rowing Club are sad to hear of the passing of Dick Tracey recently (not due to Covid19). Our condolences go to his family and to everyone that knew Dick.

He was always an energetic supporter of the regatta. So this is a shock.

At the funeral of Peter Risk, the club and regatta decided to up its game in memory of Peter and Dick was very supportive. We decided to move the course to its present position and Dick was very helpful in persuading Hampton Court Palace to allow the regatta to use its land. This was no mean feat because at that time HCP did not allow non-HCP events on its land, and was very reluctant to engage with the community.

Dick was also very helpful when the management of HCP changed and they were not keen on allowing the regatta to continue. [Or continue without charge - not entirely certain on this. But the new "boss" left about a year after he took over]. However, the regatta did continue on the site and HCP now treats the regatta as a community-supported event and continues not to charge.

John Levy was President from 1991 (at least) until 1996 and Dick took over in 1997 and was still President last year - a total of 23 years [one more than the arithmetical difference].

Dick was always very supportive of the regatta and remained ready to help out with any difficulties that we might have and took great pleasure in attending the regatta, presenting trophies, and in later years attending the CNM charitable lunches.

Dick will be greatly missed

Kingston Regatta has long been run from

For information on rowing in Kingston,